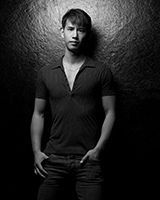 Daniel Chow is dually versed as a Chartered Accountant and a dynamic concert pianist. He has performed in prestigious venues including Salle Gaveau in Paris, Illsley Ball Nordstrom Recital Hall in Seattle, Chan Centre in Vancouver and performances broadcasted on NPR and CBC. In addition, Daniel is well versed as a chamber musician and has collaborated with EMI Classics artist Sarah Chang, Naxos artist Howard Zhang and Sony artist Denise Djokic and has performed virtually the entire chamber music repertoire for all piano and orchestral instruments.

Daniel works as an Auditor in the Trust Assurance Department for the Law Society of British Columbia and can be found snowboarding on the slopes of Whistler Blackcomb in his spare time.