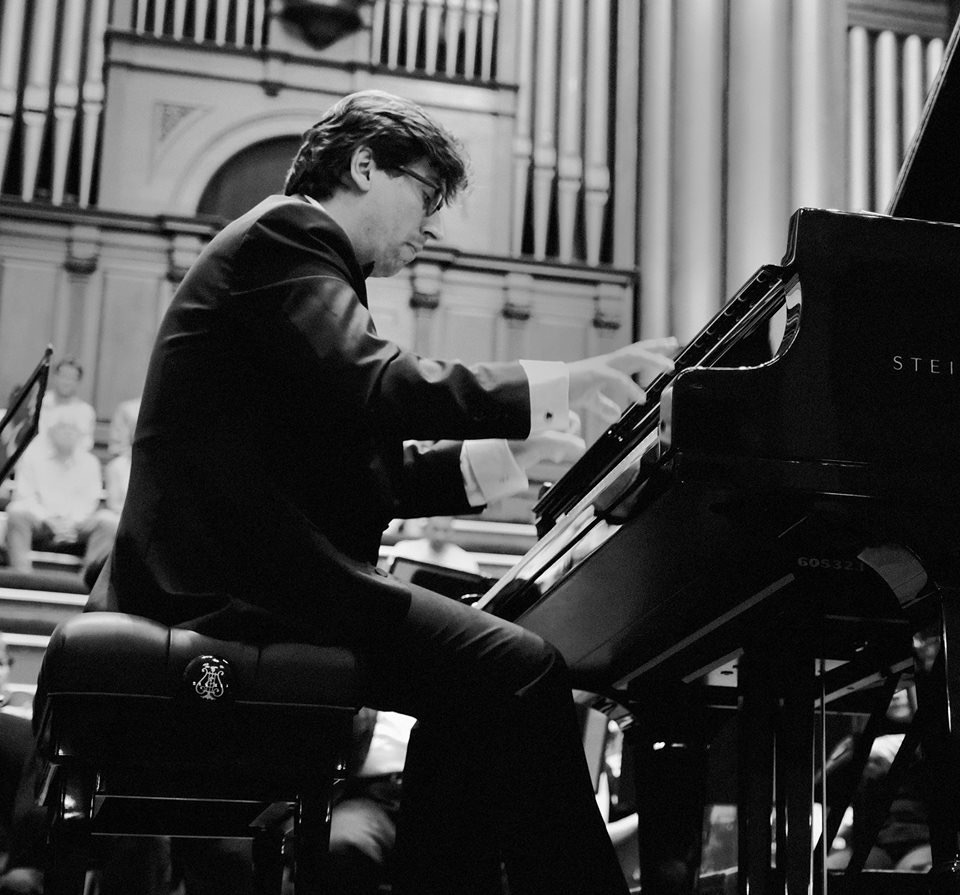 Xavier Aymonod studied piano at Aix-en-Provence conservatory and obtained unanimously a gold medal.
He was laureate of international piano competition for outstanding amateurs in Paris from 1998 to 2000, and won 15th international piano competition for outstanding amateurs of Ecole Polytechnique. He was also semi-finalist of international piano competition for professionals "Piano 20ème siècle" at Orléans in 2000, and in June 2016, he won the 3rd prize of the Van Cliburn Amateurs competition in Fort Worth, Texas.
He gave several performances as soloist and with orchestra in France, US, Germany and Russia, and was broadcast several times by French radios.
In addition, Xavier worked harmony and counterpoint, and did several transcriptions for 2 pianos and composed few pieces. He is now working with Carlos Roque Alsina and Vassilis Varvaressos.
Xavier Aymonod is graduated from Ecole Polytechnique and is the Strategy and Innovation Director of Transdev Group (international public transport player).