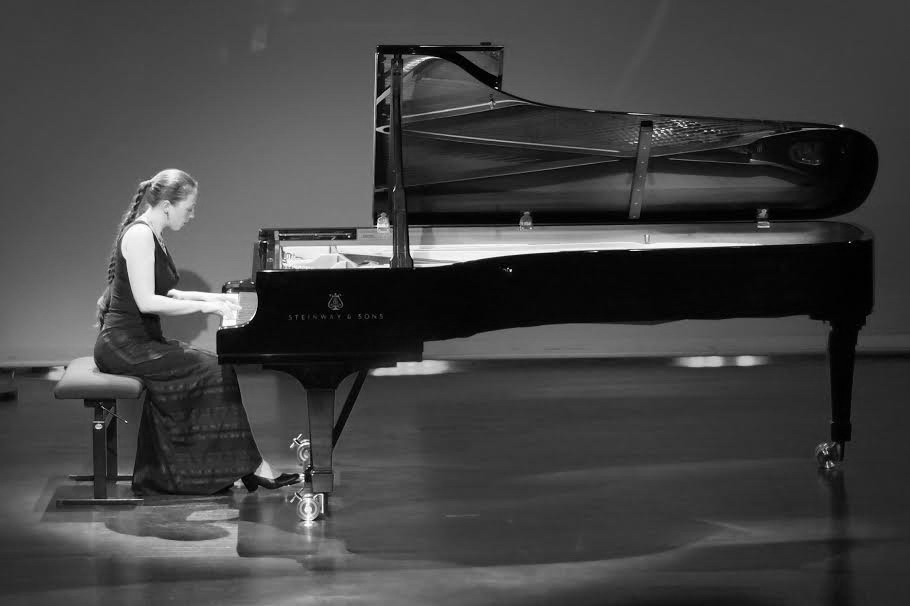 Sophie Angot began studying the piano at the age of eight, at the National School of Music of Le Mans and continued with Jean-Marc Bouché, at the Conservatory of Caen, and Carine Zarifian, at the Conservatory of Paris XIII e . In 2004, she received her degree (Diplôme d’Etudes Musicales) with distinction. At the same time as she was pursuing studies in literature and musicology (ENS Ulm, University of Paris IV, Freie Universität of Berlin), she continued working on her pianistic practice with Laurent Boullet (Berlin). In 2015, she won the first prize at the Concours International de Piano Ile-de-France, in the category « Amateur Niveau Concertiste ». Currently a teacher in Modern Literature at the Internat d’Excellence of Sourdun, she is writing her PhD thesis on the relationship between literature and music at the time of Symbolism, under the supervision of Chris Rauseo and Vincent Vivès (University of Valenciennes). Debussy’s relationship with poets is one of the main focuses of her research.