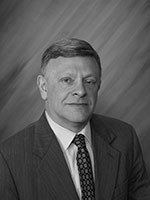 Robert Finley was born in Hull, England, and is a retired electronics engineer. He began to play the piano at the age of 7, studied at Trinity College of Music and with Norma Fisher, Albert Ferber and in the masterclasses of Jorge Bolet, Louis Kentner and Vlado Perlemuter. He studied electronic engineering at Sussex University and worked in the UK and USA in the field of telecommunications. He gained the ARCM diploma with Honours from the Royal College of Music in 1976. He played recitals and concertos in the USA, UK, Russia, France, Germany, Poland, Hungary, Argentina, Japan and Israel. He is the founder of the Boston Piano Amateurs Association that organizes international piano competitions every two years. He was the winner of the 2012 Yamaha and Pianist Magazine amateur piano competition in Manchester, UK. In 2013 he was invited back to give a recital at the Chethams School of Music and played the first movement of the Chopin 2 nd Piano Concerto with the Manchester Camerata orchestra. In 2012 he played the Liszt 1 st Piano Concerto with the Boston Civic Symphony Orchestra. In 2015 he gave a recital at the Gasteig auditorium in Munich Germany and also two recitals at the Earth Plaza Auditorium in Yokohama Japan. He won the 2 nd prize in the Piano Bridges Competition in St. Petersburg Russia in 2016. In January 2018 he gave a recital at the Alexander Goldenweiser Museum in Moscow.